by DJ Pope and Sheree Hicks 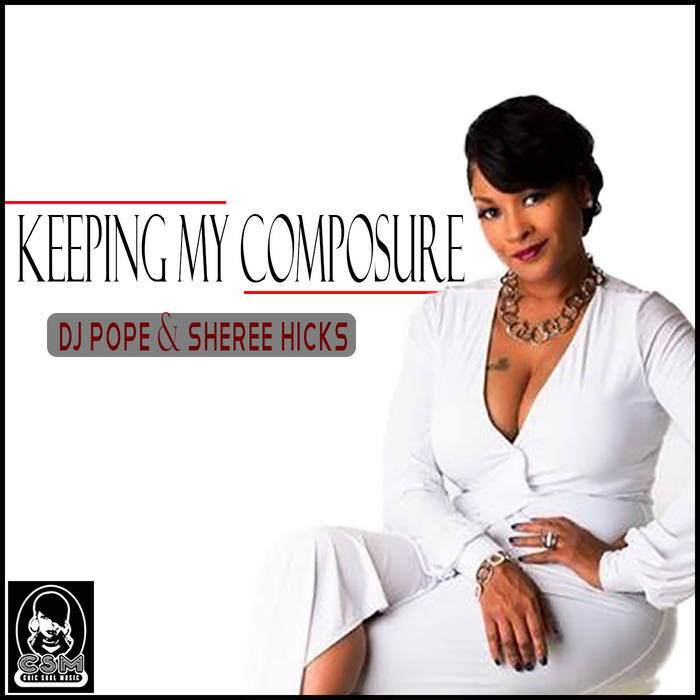 DJ Pope and Sheree Hicks proudly presents, "Keeping My Composure," the first ever release of her new imprint, Chic Soul Music. Many of us, male and female can relate to the story line. Sheree speaks of a woman who has given of herself extensively in a new relationship and feels it's time to put the breaks on and not be blinded by love until she knows the feeling is completely mutual.

DJ Pope has masterminded the track with his team out of Baltimore. The original track by the man of the hour is so sexy soulful with elements of an African drum, a moving bass by Ric Watts, a sensual sax by Will Spence and the keys are stroked ever so beautifully played by the lovely Ollie Wright, to create the signature classic sound of Sheree Hicks."Keeping My Composure is also remixed by super talented owner of SOA Music, from right here at home in the Windy City, DJ Sean Ali, as well as the multi-talented and super creative owner of BPM Records, DJ Beloved out of New Jersey.

Exclusively on the Chic Soul Music website for our dedicated fans and patrons early and soon there after, available on traxsource.com as well as other major download stores. This is the celebration of a release that will set the tone for what Chic Soul Music will have to offer in future releases.

If you like Keeping My Composure (DJ Pope's The Sound of Baltimore So Bad Beats), you may also like: